Unique Self Psychology and the New Enlightenment Blog by Dr. Elliott Ingersoll

And you may see me tonight

With an illegal smile

It don’t cost very much

But it lasts a long while

My father always said the best way to get into an argument is to talk politics or religion. In this blog I do both by discussing illegal drugs that are starting to be recognized as having medicinal and psychological benefits. Discussions about illegal drugs evoke passions powered by a zeal approaching religiosity as well as convictions equaling the propaganda of political conventions. Being as I am a psychologist with 20 years of experience studying psychopharmacology, I will focus on the psychological and even social benefits that may come from proper use of MDMA (“Ecstasy”), hallucinogens (LSD and psilocybin) and cannabis (marijuana). For many people the idea of these drugs being useful or even therapeutic is as ridiculous as ice dancers at a pig roast. Others believe the legal use of them would trigger a Grateful Dead apocalypse that would bring down the free world in an orgy of drumming and dancing. My sense is that the proper use of these agents will bring about a more humane society, decrease the prison population, contribute to a psychology of ecstasy and provide harmlessly fun anecdotes beyond the usual “…so we were drinking down at Rays Place…”

Make no mistake; all the drugs on my list are psychoactive substances that affect your brain, your state of mind and your choice of snacks. We do not understand terribly much about how they work but don’t let that bother you; we don’t really understand how any psychiatric medications “work” when they work (aside from stimulants like amphetamines and anti-anxiety drugs like Valium). Now I am not going to go on a conspiracy theory “rant” about our ignorance of the brain, drug companies or psychiatric medications but professionals like me are ethically obliged to tell laypeople at least three things that some of my fellow professionals consider somewhat, well, embarrassing:

Whoops! I just let the cat out of the bag so to speak but this kitty is not a conspiracy feline; she is simply a kitty–she was really just born; she is young with a long life of growth and discovery ahead of her. The brain is among the most complex and strange things in our known universe (followed closely by dark matter, dark energy, and the Shift Network). Psychology, psychiatry and neuroscience in general have made great strides in the previous 3 decades. It’s just that the strides are more like baby steps and baby steps are better than no steps. The drugs that I discuss in this article may be pharmaceutical technologies that will add to our knowledge of the brain, the causes of mental illnesses and better ways to treat them (as well as better ways to treat each other). 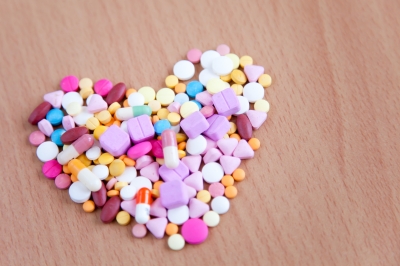 One thing we do know about the 3-pound organ between our ears is that its default mode is belief. Our brains evolved to make meaning of things even if the actual meaning is unknown. In other words when in doubt we make stuff up. This is not necessarily bad. Our distant ancestors survived by believing that a rustling sound in the weeds was a tiger wanting to eat them for lunch rather than the wind blowing. Those who won the Darwin award got eaten by the tiger and taken out of the gene pool. Of course another part of our evolutionary legacy is the hard-earned ability to examine our beliefs and decide if they are resourceful or not. As a society, it seems that we are finally doing that where some psychoactive drugs are concerned. We are at a turning point regarding drugs where we can discard beliefs that cause more harm than good and exploring attitudes and policies that may do more good than harm.

Consider a drug with the street name “ecstasy.” The chemical name is a mouthful (3, 4-methylenedioxymethamphetamine ) so we’ll just call it MDMA for short. In all fairness the street name conveys more than most of its labels. People who take MDMA report feeling emotional warmth and compassion toward others, more ability to forgive themselves and are less likely to be triggered into fear or horror by traumatic memories. Before it was outlawed in 1985 it was successfully being used by psychotherapists to help people recover from trauma, improve relationships and reduce anxiety. True it was also used and abused at Rave dances but so was alcohol.

When it was outlawed scientific research on the substance was prohibited. These prohibitions have been relaxed in the past decade and we have learned that MDMA can be useful to help combat veterans deal with Post-Traumatic Stress Disorder (PTSD). Rather than being on antidepressants that work about 50% of the time, in government-sanctioned studies veterans had 1-2 sessions with MDMA and in those sessions were more able to face and work through their trauma without being triggered into fear or panic reactions. These sessions were followed up with 6-10 non-drug sessions and at 6 and 12-month follow-ups a majority of the veterans were functioning far better than those receiving conventional therapy. Perhaps the most radical aspect of the treatment is that the drug is only taken once or twice not for months or even years as are most psychiatric drugs. This will not thrill drug companies but it is a real boon for patients.

How about hallucinogens like LSD (lysergic acid diethylamide) and psilocybin (the active ingredient in so-called “magic mushrooms”)? Urban legend tells us people who take these drugs leap off 12 story buildings thinking they can fly, or end up having their brains churned into psychedelic butter. What we know is quite a different story. So called “bad trips” occur when these drugs are taken in unsafe settings by people who are not psychologically suited for such experiences (Donald Trump comes to mind). Also “bad trips” resulted when people were “dosed” without their knowledge (the CIA did quite a bit of this in the 1960s – you can read about declassified government documents describing the debacle in a book called “Acid Dreams” by Martin Lee).

So called “good trips” are not all “good” because they include confronting one’s own psychological issues. However properly guided these experiences can result in things like resolution of psychological conflicts, a feeling of oneness with the universe, a sense of well-being and compassion for others and in one patient’s words “the sense that nothing ever really dies.” LSD has been successfully used to help people with terminal diseases deal with end-of-life anxiety. Patients in several studies report that it decreased or erased their death anxiety and helped them have what they called a “good death” (bringing a loving end to what has been a good life).

Psilocybin has been studied by Dr. Roland Griffiths of Johns Hopkins University since the early 21st century. He screened drug naïve subjects (people who report never using illegal drugs) for psychological health and then gave them supervised sessions under the influence of psilocybin. Some of these studies were with people suffering terminal illnesses and others with healthy volunteers. Approximately 60% of the people who took psilocybin reported mystical experiences like feeling an interconnectedness of all life, a sense of the Divine and a feeling that all things, including consciousness, were alive and never died. It is hard to imagine anyone would say these are bad results (excepting industries that thrive on suffering which are legion). The sessions were correlated with positive lifestyle changes that persisted long after the effects of the drug wore off. In 12-month follow-up these people said it was one of the most positive, powerful experiences of their lives. Could it be that nature has provided us with substances that decrease our fearful, aggressive tendencies and amplify our ability to work together? Imagine if you had to submit to a psilocybin session in order to run for President. It is guaranteed FOX news would not cover any of those debates.

Finally let’s consider cannabis (also known as marijuana). While its medicinal uses are well documented (it can act as an anti-nausea drug, relieve some types of chronic pain, decrease muscle spasms and some strains of cannabis can inhibit severe seizures) its psychological uses are less well studied. We know that when people have a good response to it (and every drug, legal or illegal, can produce different responses in different people) it decreases anxiety, increases sensory pleasure and has a mellowing effect on people who are agitated. We know in states that have legalized its use tax revenues are skyrocketing and reported use of more dangerous drugs like heroin and alcohol are declining. What is most surprising, is that the federal government (which still considers cannabis an illegal, schedule I drug) is not interfering in states that have legalized cannabis.

As for legalizing cannabis, the greatest gains would appear to be social. Since the Nixon administration in the 1970s, our government has waged a “war on drugs” that relied heavily on belief, misinformation and disinformation. While the “war” did little to slow illegal drug use, it was a boon to the prison industry making the United States the developed country with the most incarcerated citizens. We are now seeing a sane reconsideration of the more draconian drug laws and it is likely 2016 will see repeal of severe penalties for non-violent drug offenders. Looking at each drug for its promises and pitfalls, we can still prohibit drugs with great risks and no therapeutic uses like crystal meth while allowing previously outlawed drugs that have low risks and therapeutic value to be used properly and legally. These trends offer us the possibility of moving toward a saner, more compassionate society.

Copyright © 2020 by Center for Integral Wisdom . powered by enfusionize™